Self-service checkouts and other solutions for quick, unattended checkouts are on the rise in food chains. Customers can use shopping scanners and register their purchases via mobile apps. Self-service shopping has been growing in interest for a long time, and the popularity of this solution increased even more during the coronavirus pandemic.

Globus has self-service checkouts in all its hypermarkets, and people can also make purchases via the Scan &Go system. Handheld scanners or mobile devices can be used. Globus is constantly innovating its shopping technology, according to its spokeswoman, Aneta Turnovská. She said that while customers mainly use self-service checkouts for smaller purchases, they make medium-sized purchases using scanning.

Self-service checkouts are used in a quarter of cases, while the My Globus app along with Scan&Go scanners accounts for 20 percent of total purchases, ” she said.

Customers can use self-service checkouts in most Tesco stores, said company spokesman Václav Koukolíček. He said 45 stores, mainly in the Prague area and some other large operations in the Czech Republic, offer the Scan & Shop service, where a handheld scanner is available.

For small operations, the chain is focusing on scanning via mobile phones.

According to Jiří Mareček, director of store communications, the Albert chain has self-service checkouts in about one-third of its stores. It will add more by the end of the year.

It is also currently testing the Albert Scan system. It is available in several stores, including Jesenice, Nové Butovice, Čestlice and Litoměřice

Dana Bratánková, Billa’s spokeswoman, said the company plans to supplement the self-service checkout system with a mobile app in the future.

Self-service checkouts are also available in most Kaufland stores, said Ivana Dvořáková from the corporate communications department. Customers can also use apps and scanners to shop in more than 50 stores.

“By the end of this year, we will expand the K-Scan service and would like to have it in all our stores with a self-service zone,” she said

According to its spokesman, Tomáš Kubík, Penny Market is currently testing the possibility of using self-service checkouts in several stores. It registers more interest in them in larger cities.

He said the company is looking at options for developing self-service shopping, including scanning and payment of goods via mobile applications. 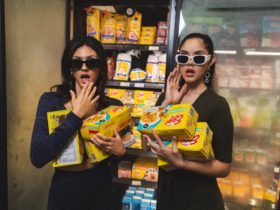 More than half of Czechs buy food mainly at discounts