The coming first weekend of Advent will be relatively warm. We must also expect heavy cloud cover, slippery pavement, and roads in the morning. Next week, we will again see snowfall from the middle positions, meteorologist Dagmar Honsová said.

“On Friday, it will be cloudy to overcast, with rain in some places and snow on the mountain tops. During the day, it may be partly cloudy at times. There will be occasional freezing rain and fog in the morning. Morning temperatures will drop to 3 to -1 °C, and daytime temperatures will reach 4 to 8 °C,” Honsová said.

It will be mostly cloudy to overcast on Saturday, with rain in some places and snow or sleet in the mountains. In the morning, fog may appear again sporadically. Lows will drop to 4 to 0 °C, occasionally to -1 °C, with daytime lows between 5 and 9 °C.

On Sunday, it will be cloudy to overcast again. There will be rain in the northeast and snow in the mountains. In the morning, fog may appear again sporadically. The lowest temperatures will remain between 4 and 0 °C, although they may occasionally drop to -2 °C. During the day, they will rise to between 3 °C and 7 °C.

Monday will be mostly cloudy, with rain in some places from the west, snow in the mountains, and fog in the morning. Lows will drop between 1 and -3 °C, with daytime lows mostly between 2 and 6 °C.

Tuesday and Wednesday will be cloudy, with rain in some places and snow in the central areas. Morning fog, which will appear in places, will be accompanied by temperatures between 1 and -3 °C. Afternoon highs will reach 1 to 5 °C on both days. 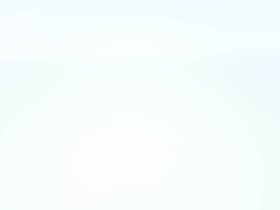