Motorists will have to pass cyclists at a distance of half a meter from January 2022. Violations will result in a fine of up to CZK 2,000. This was approved today by the House of Commons with Senate amendments.

These included reducing the maximum fine to one-fifth and postponing the entry into force of the new regulation until early next year. The amendment on road traffic will now go to the president for signature.

Motorists will have to pass cyclists at a distance equivalent to about half a lane under the parliamentary amendment to the road law. The reason for this is to make cyclists safer in road traffic. Similar rules apply in Germany, France, and Spain. Opponents of the prescribed distance pointed out that the new measure would not be possible to observe or control on many local roads.

A group of MPs led by Petr Dolinek of the Czech Social Democratic Party proposed a safe distance for overtaking cyclists. Where possible, the car driver would have to pass the cyclist at a distance of 1.5 meters. In areas with a speed limit of 30 kilometers per hour, a distance of one meter would be sufficient. 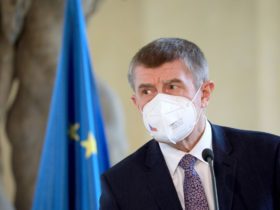 The parliamentary commission will deal with Babiš’s real estate purchase