Former Czech Interior Minister Jan Hamáček (ČSSD) has not appealed against the verdict by which the court dismissed his lawsuit against Seznam.cz, the owner of the Seznam Zprávy server, and reporters Jan Kroupa and Kristina Ciroková over allegations that he intended to trade the Vrbětice case for Russian vaccines. The decision is now final. Hamáček denied the claims and demanded ten million crowns.

At the end of May, the District Court for Prague 5 said that the server’s articles did not infringe on the ex-ministers personality rights. Judge Eva Harmachová dismissed the lawsuit against the reporters because they were not responsible for the articles as employees. She said employees are generally only liable if they commit so-called excesses, for example, if they publish articles without the employer’s consent or against his will.

Sputnik reported that Hamáček had spoken at an internal meeting about his intention to “trade the international scandal” surrounding the explosions in Vrbětice, in the Zlín region, for supplies of the Russian COVID-19 vaccine. Harmachová said that the contested articles did not infringe on the personal rights of the former minister, and therefore the lawsuit against the Seznam.cz website was dismissed.

Two explosions hit Vrbětice in 2014. Two people died when the first of the ammunition depots exploded in October 2014, while the second depot exploded in December of the same year.

On April 17, last year, then Prime Minister Andrej Babiš (ANO) and Hamáček announced that Czech law enforcement authorities suspected Russian military intelligence officers of planting a booby-trapped device in the ammunition depots caused the explosion. Russia has denied the involvement of its agents in the blasts. The case has led to a severe diplomatic rift between the Czech Republic and Russia and mutual denunciations of diplomats.

The Seznam Zprávy news server subsequently reported in early May, citing its sources, that Hamáček wanted to travel to Moscow in April with a plan to “trade an international scandal” for Sputnik V supplies the possibility of a summit between the US and Russian presidents in Prague.

Hamáček has denied the information in the past, saying the report was full of lies and speculation. He said no “any kind of exchange deal with Russia” was planned. The website’s editor-in-chief, Jiří Kubík, had previously said that Seznam Zprávy was ready to prove the truth of its findings in court. 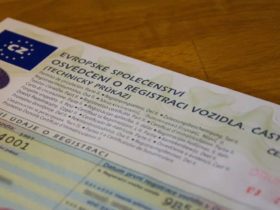