Meteorologists expect heavy snowfall in parts of the country from Friday evening to Sunday. 20 cm of new snow may fall on the mountains. In connection with this, there is a risk of snow tongues forming on the roads.

“Heavier snowfall is expected in the northern and north-eastern windward parts of the mountains, where up to 20 cm of snow could fall in places. In the interior of the Czech Republic, new snow cover is unlikely to form everywhere,” meteorologists said.

They also warned that fresh winds could be expected on Saturday, contributing to the formation of snow tongues.

On Friday evening, the warning of new snow cover and snow tongue formation will apply to the Moravian-Silesian region and parts of the Olomouc and Zlín regions.

On Saturday, it will extend first to parts of the Vysočina, Central Bohemia, Liberec, Hradec Králové, South Bohemia, Pilsen, and Pardubice regions and later to the border areas of Ústí nad Labem and Pilsen regions and the entire Karlovy Vary region.

According to meteorologists, more than 15 centimeters of snow may fall within 24 hours. Snow tongues may cause complications on the roads. 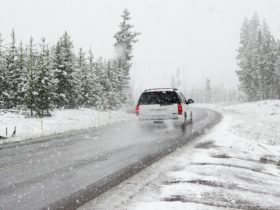