The South Moravian region is slowly recovering from the devastation caused by the tornado. According to meteorologists at the Czech Hydrometeorological Institute (ČHMÚ), there should no longer be a similar threat. Showers and thunderstorms are expected to accompany us over the next week.

“From Friday to Saturday, there should be no such danger. Only a few showers are expected, with mostly cloudy skies and light breezes,” said Miroslav Hakl, a meteorologist at the Czech Meteorological Office.

In the morning on Sunday, expect a partly overcast sky with some fog. With increased cloud cover, we expect isolated showers in the afternoon and evening. Highs of 24 to 28 degrees Celsius are possible during the day. Light and variable winds are expected.

The weather on Monday will be mostly overcast. In the afternoon and evening, there will be sporadic showers or thunderstorms with increasing cloud cover. The maximum daily temperatures will range from 27 to 31 degrees Celsius. During the day, there may be light, changeable winds and moderate south-easterly to easterly winds.

On Tuesday, the weather will generally be partly cloudy. Clouds, on the other hand, will progressively build-up from the west. Showers or thunderstorms, including isolated severe showers, may occur in various sections of the country. Highs will range from 29 to 33 °C during the day, with highs in the west at 26 °C. Mild south-easterly breezes will transition to north-westerly from the west, and thunderstorms will cause a temporary rise in wind speed.

The weather on Wednesday is forecast to be cloudy and gloomy. In some areas, rain, showers, and thunderstorms may occur, with isolated heavy showers. Highs in the daytime could range from 21 to 26 °C, with highs of up to 28 °C in the southeast. Moderate north-westerly to westerly winds will prevail on Wednesday, with thunderstorms causing a temporary rise in wind speed.

The weather will be largely cloudy from Thursday to Saturday, with showers or thunderstorms possible in certain areas. High temperatures are forecast to range between 18 and 23 °C during the day. 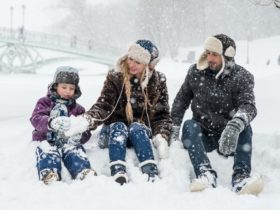 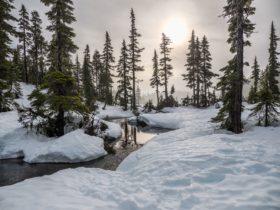