Milan Kundera’s “Nostalgia for Europe” exhibition has opened at the Czech Center in Paris. The center has prepared an exhibition in collaboration with the Moravian Regional Library in Brno, to which Kundera donated his archive and library in 2020. The event was opened on Thursday evening (May 20th) with the participation of Kundera’s friends and famous personalities of the French literary world.

Many celebrities from Parisian cultural and intellectual circles attended the vernissage, including philosopher Alain Finkielkraut, playwright Yasmina Reza, writer Benoit Duteurtre, and journalist Le Monde. The exhibition was also attended by Antoine Gallimard, the owner of the eponymous publishing house, which publishes Kundera’s books in France. Among the Czech guests was the writer Jachym Topol.

The exhibition starts at the Czech Center’s main entrance, proceeds up the central spiral staircase, and concludes in the second-floor library. Visitors will be able to see the dates of the first editions of Kundera’s books, a collection of prizes, and simple biographical details on the walls of the staircase. Old posters for the release of individual books, portraits of the author with famous people, and samples of translations of works into different languages will also be available.

The exhibition gives the ironic line that is typical of Kundera’s novels by vibrant and playful drawings that complement the serious theme of Europe. The drawings on display are of two types: black and white drawings that readers are familiar with from the covers of Kundera’s books, and color drawings that are still unknown to the general public and reveal some confidentiality. The exhibition will be on display at the Czech Center in Paris until September 5th. However, the original works of Milan Kundera are only available until the end of June. 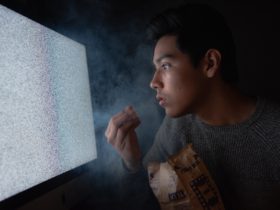