“Criminal proceedings were initiated on July 14th for the crime of spreading a false alarm. There are a total of six offences which are along similar lines. That is, the publication of various claims such as ‘let’s stop the vaccination holocaust’ or a post about the death of half of the patients of a nursing home,” she said

The nurse spread her statements during the state of emergency, so police say she “committed the crime under a state of danger”, which carries a maximum sentence of up to eight years, the website notes (daily Právo ).

The charges are said to relate, among other things, to the article Mass deaths after covid vaccination in Ostrava, an open letter to MP Volny. The article, addressed to lawmaker Lubomir Volny, mentions “mass deaths after covid vaccination in Ostrava”. “I hope that the matter will be properly investigated and appropriate consequences will be drawn, and that there will be no attempt to cover up the matter and sweep it under the carpet or blame it on other causes, such as mutation 21 and the like,” the doctor wrote.

It states that “vaccinations against COVID-19 are experiments on humans and a crime against humanity”. “A criminal complaint has been filed and the matter is being dealt with by the criminal police, as well as cases of mass deaths after vaccines, especially in homes for the elderly. (…) I strongly urge you to stop this vaccine genocide and crime against humanity immediately,” the News quotes from Křížová’s letter. 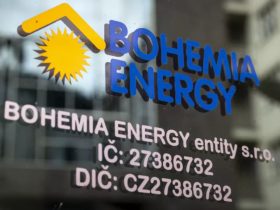