Minister of Health Adam Vojtěch intends to focus on monitoring compliance with coronavirus measures in clubs in order to combat the spread of coronavirus among young people, he said in an interview with Czech Radio.

The disease is currently wreaking havoc in Prague, Central Bohemia, and the Pilsen region. Young people are becoming the biggest contributors to the disease’s spread, according to statisticians. These are usually people between the ages of 16 and 20 years old, according to Vojtěch.

“They are not vaccinated and have the most contacts. After school, they simply enjoy the holidays. Of course, this is how the infection spreads, we also had infections in Prague clubs. I told the chief hygienist (Pavla Svrčinová) to work with the police to check whether people in nightclubs also comply with the obligation to have certificates. Now recently there was a case in the Netherlands, where the infection was in such a club, ” said Vojtech .

Despite the fact that the Czech Republic’s population is rising, hospitalizations have yet to reflect this. On Friday, Czech television broadcast an epidemiologist and former health minister, Roman Prymula, warning that it could still happen. 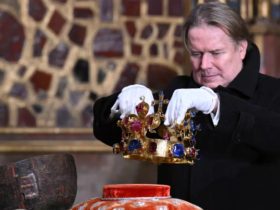