Bohemia Energy Group announced on Wednesday that it is ceasing operations with immediate effect. More than 900,000 clients will have to switch their energy suppliers. Pražská energetika (PRE) and Pražská plynárenská will provide a temporary energy provision for six months.

“It is unusual for a company of similar size to close or go bankrupt. Even less common is the closure of a company in the energy sector and other heavily regulated or directly networked sectors, ” Pavel Peterka, chief economist of the Roklen Group, said. According to Peterka, this shows that the “too big to fail” rule has its limit. “After all, Bohemia Energy served 1.23 million customers and had annual revenues of CZK 23 billion.”

“Regulation in these sectors often considers the unique characteristics of the operating companies to ensure the stability of supply of critical economic goods such as gas, electricity, etc. Simply put, to avoid these very situations, “Peterka explained. “Such companies rarely leave the market. So one can speculate that there were probably internal problems in the areas of risk management, “the economist added.

So far, the company has shown no signs of financial problems and has not applied for protection from creditors. According to its statement, it is reacting to a change in the energy market. Bohemia Energy filed for bankruptcy after rising prices caused a significant loss of clients. The company seems to be the latest victim of a Europe-wide energy crisis that has resulted in considerable price increases throughout the continent.

Michal Šnobr, an analyst of energy markets and a minority shareholder of CEZ, pointed out something similar happened in 2009 when Moravia Energo collapsed. “Moravia Energo was left with relatively large debts, and CEZ ‘repaired’ them. This had an impact on its financial results. This case is very similar. It arose from the same causes and at a time of unprecedented growth in electricity prices after the introduction of the EU ETS market, ” Šnobr said. 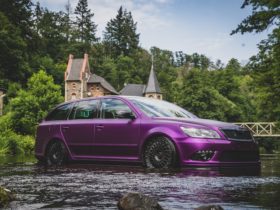