Despite the war, some Ukrainian farmers can still work their fields. But they find it difficult to export what they harvest.

Farmer Mykola opens the big iron gate of the silo and points to the enormous piles. Here, somewhere in the countryside near the town of Dnieper, lie millions of sunflower seeds and corn kernels. The exact location must remain secret, Mykola warns.

He has owned the extensive farm for many years. But now, he fears that the Russians could attack his silo with missiles. The farm contains more than 2,500 tonnes from the last harvest, which he could not sell this year because of the war.

Eighty percent of it was exported

“Otherwise, this warehouse would be empty by now in the spring. But the war has blocked the sea lanes and destroyed the port of Mykolayiv. We farmers have great difficulty exporting our products, “he explains.

He usually sells 80 percent of his harvest abroad at reasonable prices. He then uses the money to buy fertilizer and fuel for the next season. This year, he had to rely on his savings. His employees can now fertilize the barley fields.

The farm owner lets the corn kernels he has wanted to sell for a long time flow through his palms. He hopes that Europe will find a way to reopen the sea routes. Ten times fewer crops could be shipped abroad by train. “Having goods and not being able to ship them to other countries hurts,” he admits with a sigh.

Some have gone to the war

Mykola has to do without some of his employees: they have gone to fight. But a new Ukrainian law stipulates that only as many employees as companies can spare without jeopardizing their operations must go to war.

Viktor, for example, stayed on while his brother went to the front. Viktor still drives his tractor through the fields and fertilizes them. “Our barley makes the bread my country needs,” he notes.

If the war were to hit his village, Viktor would take up arms too. He already belongs to a group of guards who patrol the village streets at night. “If the Ukrainian army contacted me, I would accept it immediately without hesitation,” he concludes. 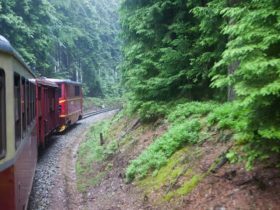