The filming of The Gray Man, starring Ryan Gosling, continues in the capital. The filmmakers had thirteen days of shooting in several Prague locations. Some of them have changed beyond recognition, and their new appearance has surprisingly appealed to the Prague authorities. Mayor Zdeněk Hřib would be happy if the scenery remained after the filming, at least for a while.

Some of the film sets, such as the ornamental fountain and its surroundings in Jan Palach Square, impressed the Prague mayor that he is considering leaving the new look even after the filming is over. “The overall revitalization is a long-term project. We are currently in the documentation phase for the zoning procedure, and it will not be this year,” Hřib pointed out.

For this reason, the mayor would like to revive the space in some way. “We have had positive reactions from the public that they like the current look of the square. That’s why we contacted the co-production company to ask under what conditions and whether it would be possible to hand over what is there now,” he explained.

Half a billion of the total budget of The Gray Man – 4.3 billion crowns – will stay in the Czech Republic. And even though it is filmed only in Prague, the city’s box office will not be the only one to benefit from renting locations. “Unfortunately, the tax system in the Czech Republic is not set up so that the money spent in a given area is directly related to the municipal coffers. Cities and municipalities are paid according to how many registered residents they have, ” Hřib explained.

The Czech model is unusual abroad. Scenes for the thriller are currently being filmed in Náměstí  Republiky, due to which tram traffic is interrupted until Friday midnight. 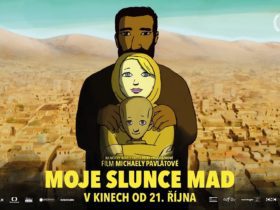 Czech animated film for Afghanistan is nominated for a Golden Globe 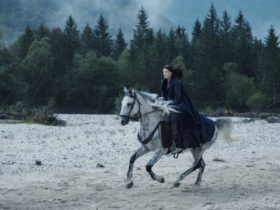 Amazon filmed the biggest movie project ever in the Czech Republic