Household debt with banks in the Czech Republic declined month-on-month in April for the first time since January 2016, falling by CZK 19 billion. This is according to calculations made by CRIF based on data from the Czech National Bank and the www.informaceofirmach.cz portal. From a statistical point of view, the decline in loans to households in April 2022 was affected by the withdrawal of the license of Sberbank CZ. After adjusting for this factor, the stock of loans increased, although more moderately than in the previous month, said Czech National Bank spokeswoman Petra Vodstrčilová.

In addition to housing loans, she said, the debt stock decreased in other segments, be it consumer loans or loans to entrepreneurs and companies. On the other hand, the volume of household deposits rose again after a decline in March, said CRIF analyst Věra Kameníčková.

While the debt of households, companies and sole traders fell slightly in April, their savings, on the other hand, mostly rose. They declined only among sole traders, for whom it was the seventh decline in eight months. The company said this time by CZK 2.3 billion or two percent.

“Until the pandemic, companies had always borrowed more than they had deposited with banks. However, they have been more cautious in the last two years, and instead of investing, they prefer to increase their cash reserves,” Kameníčková pointed out.

According to the CRIF, payment morality improved in all monitored categories in April. Households were again the best performers. Only 1.39 percent of all loans were not repaid. This was 0.8 percent for housing loans and 4.29 percent for consumer loans. Firms defaulted on 3.65 percent of their obligations and merchants on 5.84 percent.

Despite gradual improvement in payment morale, the share of non-performing loans in most categories was higher in April than before the 2020 credit moratorium was announced. The firm added that households’ housing loans and consumption loans were the exceptions in April.

The economy grew by 4.9 percent in Q1 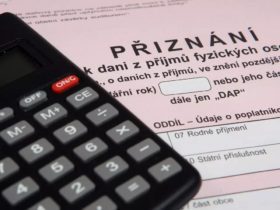