From Monday onwards, “only the vaccinated and those who have overcome Covid will be admitted to services, and mass events,” announced Prime Minister Andrej Babiš. “Self-testing is cancelled completely, and we are not going to a model with PCR tests.” Antigen tests will only be recognised for healthcare workers. The measures are expected to be approved by parliament on Thursday morning.

Outgoing Health Minister Adam Vojtěch (ANO) confirmed on Wednesday that he will submit a proposal to the government to abolish the recognition of Covid-19 tests as proof of infection-free status for leisure activities from Monday. At the same time, Vojtěch warned that hospitals and ICU capacities are again at risk of overcrowding.

“We are in a very serious situation, as evidenced by the undeniable number of cases diagnosed yesterday. The problem is that the disease is spreading into the high risk groups, “Vojtěch said at the start of the emergency briefing.

According to the health minister, there is no more waiting, which is why he will propose the approval of the so-called Bavarian model to the government on Thursday. This will put an end to the recognition of rapid antigen tests and, with a few exceptions, PCR tests to prove infection-free status.

People who want to use services, go to a restaurant, stay somewhere or attend a group event will only need to show a certificate of completion of vaccination or a certificate of infection with Covid-19 in the last 180 days. The same measure will also apply to weddings, funerals and other similar events.

Exceptions will be made for children up to 12 years of age, who will not have to prove themselves at all, according to the Czech chief hygienist, Pavla Svrčinová. The tests will still be available to young people aged between 12 and 18. People who are two weeks past their first dose or second dose will have to submit a PCR test along with their dose confirmation.

Five tests will be covered for free for young people between 12 and 18 and for those who are waiting for their second vaccine dose. Fully vaccinated people will have two free PCR tests per month. Svrčinová pointed out that the biggest outbreak is not at the schools, but at the manufacturing plants.

It is often said that vaccinated people, who, unlike the unvaccinated, do not have to be tested and therefore spread the disease covertly, are a big part of the current acceleration of the spread of the disease. Vojtěch rejected this agreement.

“We believe that the epidemic is not spreading because of the vaccinated people. That doesn’t mean they can’t get infected, but the vaccinated are not filling up hospitals. The unvaccinated are often in worse condition. It is similar in the case of mortality. It is mainly the unvaccinated who are dying. If we want to prevent ICU from overcrowding, we must act, because the worst-case scenarios show that we could reach numbers similar to the spring wave, maybe even worse, “he warned.”

In this context, the health minister appealed to citizens to get vaccinated “to protect many lives.” He also asked people to avoid, if possible, mass events and places where large numbers of people meet. Even at open-air events such as open markets, they should protect themselves with a respirator. Employers should also allow their employees to work from home as much as possible to reduce the number of contacts, according to Vojtěch.

The upcoming future PM, Petr Fiala, commented that the new measures had been announced without prior consultation with experts from the expected next government of the Together and the PirSTAN coalitions. 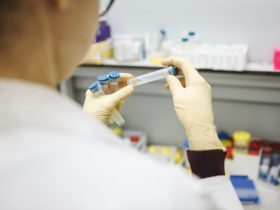 The omicron variant is possibly detected in the Czech Republic 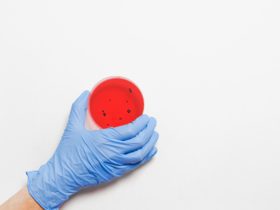