Polish diplomacy has interfered in Prague over a bill being debated by Czech senators that would allow Polish women to have legal abortions, which are currently illegal in Poland.

It quotes a Polish deputy foreign minister as saying that the planned Czech bill is a step encouraging Polish women to circumvent their homeland’s law.

Abortion is essentially prohibited in Poland, despite the fact that the fetus is severely harmed. Last year, the toughened rules sparked widespread demonstrations, but the Polish government refused to budge. Polish women are now likely to seek treatment in neighboring Czechia, where abortion of a severely damaged fetus is legal.

“This is a quite standard diplomatic step,” Polish Deputy Foreign Minister Szymon Szynkowski vel Sek told the paper, referring to the embassy’s appeal for Czechia to respect the “cultural values” of Poland.

“It is not only the right but also the duty of Polish embassies to monitor the legislative process in the host countries, mainly where it largely concerns or may concern Polish citizens,” Szynkowski told the Onet news server.

The Czech amendment, which was approved by the Senate in first reading on March 18, removes the existing clause prohibiting foreigners with only a temporary stay from having abortions in Czechia.

The senators want the bill to delete the unclear interpretation of whether the ban also applies to EU citizens. The ban does not extend to EU residents, according to the Health Ministry, if it violates European law.

If the Senate passes the amendment, it will be sent to the Chamber of Deputies for ratification. However, the Chamber will most likely fail to approve it before the general elections on October 8-9th, and the bill will be abandoned. 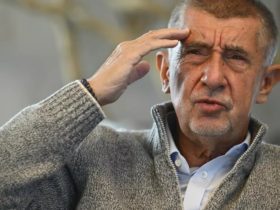 Babiš has played the president and the prime minister 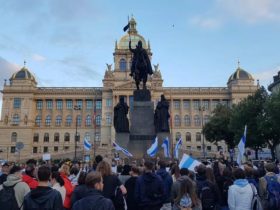 Russians demonstrated against Putin in the center of Prague