Last year, industrial producer prices increased by 7.1% on average. It was the highest annual increase since 1995. In agriculture, the previous year’s growth was 6.9 percent higher than in 2020, while prices for construction work rose 5.1% and market services for businesses rose 1.3 %. Data from the Czech Statistical Office (CSO) showed this.

Market services for businesses increased 1.7 percent year on year in the final month of last year, only slightly less than a month earlier. Producer prices provide an indication of future price trends for consumers.

On a month-over-month basis, industrial producer prices fell by one-tenth of one percent in December. Market services for businesses were even two-tenths of a percent higher. There was an increase of 3.7 percent in agriculture and 0.3 percent in construction work.

Food will become the most expensive

Tomáš Volf from Citfin is also convinced that the price trend will continue in the coming months. “Companies will have to think much more carefully about their spending. We still have several months of dramatic price increases ahead of us. The second half of the year will see a higher comparative base so prices may slow down slightly. But we will still see substantial price increases,” he said.

According to Trinity Bank’s chief economist, Lukáš Kovanda, food, in particular, will become significantly more expensive. He anticipates a year-over-year price increase of up to 10%, the highest in 22 years. 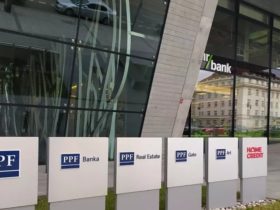