UK government prolonged the time between the first and second doses of the Pfizer/BionTech vaccine which brought successful results. According to a study conducted by the University of Birmingham, offering a second dose after 12 weeks (rather than three) increases antibody responses in the elderly by three and a half times.

The British authorities made this contested recommendation in order to ensure that as many individuals from disadvantaged communities as possible obtain at least partial protection as soon as possible.

Of the total number of study participants, 99 received a second dose of vaccine after three weeks, while 73 had to wait 12 weeks.This is the first research to compare immune responses to the vaccine at three-week intervals and extended 12-week intervals from clinical trials.

According to the Public Health England, vaccination against covid-19 has saved almost 12,000 lives and avoided more than 30,000 elderly hospitalizations in England alone. Two-thirds of the adult population in the United Kingdom has already received at least one dose of the covid vaccine, enabling Prime Minister Boris Johnson’s government to implement a proposal to reopen the economy by the summer. 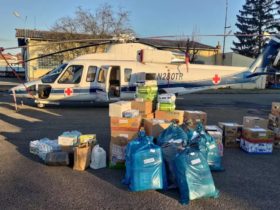