After the first unofficial meeting of the future government of Prime Minister Petr Fiala (ODS), which took place on Tuesday, the team members agreed that actions speak louder than words. “We decided, first of all, that we would be sparing in our comments. At the first meeting, I met some of my colleagues for the very first time, ” Martin Kupka, ODS deputy chairman and candidate for transport minister, said.

However, some information from the informal meeting of the future cabinet has leaked out. The main topics were the COVID-19 situation and the comments of the future Health Minister, Vlastimil Válek (TOP 09). In recent weeks, Válek has caused a stir in the media with awkward or incomprehensible statements.

The new cabinet is expected to be appointed in mid-December. Petr Fiala warned that the procedure could still be complicated given that the president will want to comment on some of the candidates.

President Miloš Zeman is now inviting the candidates in alphabetical order for a personal interview, after which he wants to have another discussion with Fiala. He has reservations about one nominee, but he has not revealed their name.

The decree on mandatory vaccination, which the outgoing government of Andrej Babiš (ANO) wants to approve next week, has not been addressed officially by the future cabinet.

Future government officials have been dismissive of mandatory vaccinations for the elderly, paramedics, police officers, and firefighters. “We are very reluctant to have compulsory vaccination by age group. We are far from exhausting all the possibilities that have been tried in other states. Mandatory vaccination should only apply to those professional groups that request it themselves, “Kupka commented.

According to the ODS deputy chairman, the state should follow the lead of Denmark, for example, which has a vaccination rate of almost 80%. “There were teams there that went around people of high-risk groups and organized a door-to-door vaccination campaign. We haven’t tried that yet in the Czech Republic, “Kupka stated. 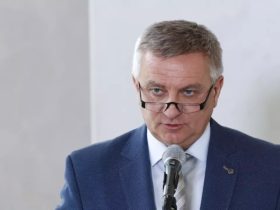