The Municipal Court in Prague has confirmed the bankruptcy of ICL Czech, which operates the UK grocery chain Iceland in the Czech Republic. It declared bankruptcy over its assets.

The company filed for insolvency proceedings at the beginning of May, citing business restrictions due to the coronavirus pandemic and the UK’s departure from the European Union as reasons for its bankruptcy.

In its insolvency petition, ICL Czech said it had around CZK 74.9 million liabilities. Creditors have until the beginning of August to report their claims to the Prague City Court. A review hearing of the allegations and a meeting of creditors will be held on September 6.

Iceland.cz wrote on Facebook on Friday that people can still buy frozen food in two stores, in Prague-Hloubětín, and on Leopoldova Street in Chodov. However, it also has a list of ten stores on its website. It has previously announced the closure of its e-shop on its website. The chain entered the Czech market in 2011, with its first store in Pilsen.

In addition to difficulties due to the pandemic and Britain’s exit from the EU, which caused an increase in the cost of transporting goods and delays in deliveries, ICL Czech also justified its decline by rising energy prices.

According to the company’s bankruptcy petition, even significant restructuring of operations and savings in material and personnel costs were insufficient in light of the unexpected increase in other expenses.

Nordsee is also in trouble

Master Mariner, which operates restaurants of the German chain Nordsee in the Czech Republic, is asking the court to declare bankruptcy on its assets. It follows from documents published in the insolvency register.

Master Mariner went into loss in 2019 when its branch in Prague’s Arkády Pankrác center ceased to operate. The company said the next two years of business were affected by the forced closure of the outlets due to the spread of a coronavirus outbreak. Even this year, footfall has not returned to pre-coverage levels, leaving the company unable to pay new and previously outstanding debts, it said in its insolvency petition.

The company records a debt of about CZK 40.3 million, most of it in koruna, with other liabilities in euros and Swiss francs.

The first Nordsee restaurant in the Czech Republic welcomed guests in 2004, and ten years later, Master Mariner operated four businesses under the brand. It now has two branches in Prague-in the Palladium and Nový Smíchov shopping centers.

The economy grew by 4.9 percent in Q1 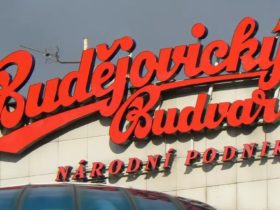