Police say two men (33 and 27 years old) from the Českobudějovice and Prachatice regions are responsible for the brutal assault. Men entered the house because they allegedly wanted to return the money and other items to the woman.

“During the threat, the man-made grooves in the plaster with a knife and cut up a sofa set. A friend came to the woman’s aid, but the two attacked him with their fists and pushed him into the bathroom,” said Prachatická police spokeswoman Martina Joklová.

“In addition, one of them threw a knife at him, which struck in the door. They beat the man, stepped on him, and poured various chemicals on him, ” Joklová added.

Although the man eventually managed to escape, the two aggressors caught up with him and kicked him. In addition, they stole his mobile phone.

“The next attack ended only with the arrival of police officers, from whom both men fled. However, the officers caught them within moments, and they ended up in a police cell,” Joklová added.

Detectives found that this was not the first assault. They had recently threatened other men in Prachatice with knives. In addition, the younger of the aggressors was selling methamphetamine.

Both men were charged with extortion, battery, and disorderly conduct and ended up in custody. In court, they face several years behind bars. 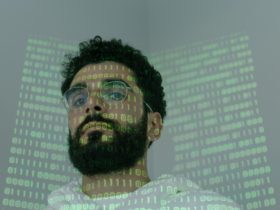 Hackers took down the portal of the Ministry of Interior, police, and firefighters

A young woman from Olomouc wanted to sell her bed, scammer swindled her out of 170,000