It is not even two weeks since Prime Minister Andrej Babiš has resigned. In his resignation, he urged his supporters that if they collected enough signatures, he would consider running for president. On Wednesday, the first petition stand appeared at Prague’s Anděl to collect signatures for Babiš. But Babiš still hasn’t made it clear whether he will run for president.

Babiš said that he knows about the petition, but it does not mean he will run. “At the moment, I won’t answer that because it’s not on the table. First, we have to hand over the government. Then it will be Christmas… And there are more and more candidates for president, so there will be a lot of choices, ” Babiš noted. “Everyone is asking about it, so I thought that if people started collecting petition sheets and there were enough signatures… but I don’t want to prejudge, we’ll see. It’s not a topic right now.”

He has not denied his candidacy to journalists and has fed the topic lightly, for example, by saying that President Miloš Zeman, whose term expires in March 2023, has invited him to run.

So far, no one has announced a candidacy. Still, all adepts will have to declare their colors next year, by November at the latest, as they have to submit their candidacy 66 days before the election day in January 2023.

In the direct election, any Czech citizen over the age of 40 can run if they get the consent of 20 MPs or ten senators or if 50,000 eligible Czech citizens sign a petition in favor of their candidacy. Candidates can invest up to CZK 50 million in the campaign, of which CZK 40 million in the first round, and the two who advance to the second round can add another CZK 10 million.

According to Deputy Interior Minister Petr Vokáč, potential candidates or supporters can collect signatures for the entire five-year election period. “It is possible to collect signatures on the petition even before the election is announced,” Vokáč said.

And with whom would Babiš measure his strength? So far, there is speculation about the names of General Petr Pavel, trade union chief Josef Středula, former TOP 09 boss Miroslav Kalousek, economist Drahuša Nerudová, and STAN chair Vít Rakušan. It is also possible that candidates from the last elections, Senators Jiří Drahoš, Pavel Fischer, and Marek Hilšer, will try their chances. 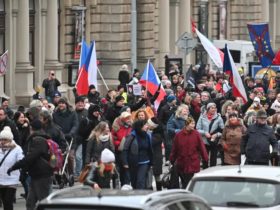 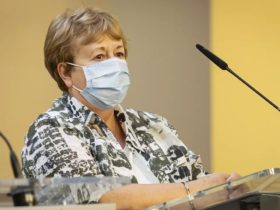 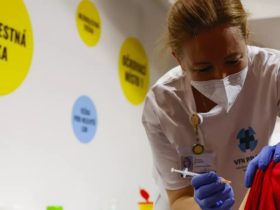 The vaccination center in Kotva costs millions a month 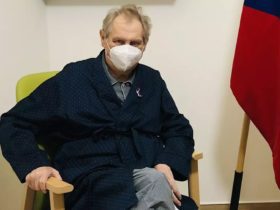