Opponents of the prime minister expressed their disapproval of the current cabinet in the centre of Prague. The action was organised by the Milion Chvilek association, which at the very beginning of the event issued a symbolic bill to the ministers for the problems and scandals that accompany their rule. According to police, up to 5 000 people took part in the demonstration.

One of Prague’s most important squares was dominated by European Union flags. People brought banners calling for the resignation of Justice Minister Maria Benešová (ANO). There were also slogans against the head of the government, Andrej Babiš, and against the alliance between President Miloš Zeman and his Russian counterpart Vladimir Putin.

“One Million Moments is launching a campaign for democracy that needs each and every one of you,” said Benjamin Roll, chairman of the organizing association, at the beginning of the protest. “We all need to get involved,” he added. Only in this way, he said, can the ANO movement be defeated. “The next government will have only one task: to correct the mistakes of the current government,” he added.

According to Prague police spokesman Jan Rybanký, the event was peaceful. “There was no disturbance of public order during the demonstration,” he told the Czech News Agency.

The Million Moments group was founded after the 2017 parliamentary elections. It organises protests and demonstrations in which it draws attention to cases connected mainly with the figure of Prime Minister Andrej Babiš. The association is concerned that he has a conflict of interest and does not keep his election promises. Last June, more than 250 000 people took part in the largest demonstration of the Million Moments movement in Prague’s Letná district, according to its organisers.

The Brno “metro” will open in a year. The longest tram tunnel in the Czech Republic will speed up transport 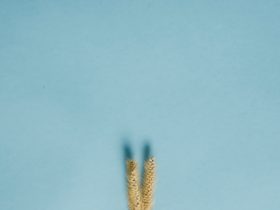