On the counter-attack, Wales took the lead in the 36th minute when Aaron Ramsey scored from a difficult angle after a James header from a long Neco Williams pass around the far post.

Less than two minutes later, the Czech Republic national team equalized when Welsh goalkeeper Danny Ward couldn’t block an Antonin Barak shot, with the ball ending up in the path of Jakub Pešek, who had only to sweep the ball into the net.

In a match in which both teams produced chances, the Czechs grabbed the lead four minutes after halftime when Wales midfielder Aaron Ramsey delivered a simple back pass to Ward, who failed to control the ball and watched it dribble over the line.

Wales was playing without injured Gareth Bale but still found a way to come back in the 69th minute when substitute Harry Wilson slotted a through pass to James, who drove a shot past Czech goalkeeper Tomas Vaclik.

In Group E, the Czechs have eight points after six games, level with Wales but in second place on goal difference. On October 11, the Czech Republic will play against  Belarus, while Wales will face Estonia.

With Belgium’s eight-point advantage at the top of Group E, automatic qualification is impossible. The Czech Republic will have to compete with Wales for the second position, which will enter the World Cup 2022 European play-offs. 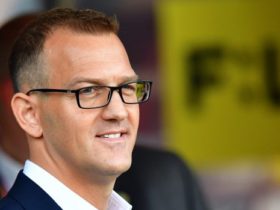