Germany is the Czech Republic’s largest trading partner. We sell almost 40% of all our exports to our western neighbors. Yet, so far, there is only one good quality rail link between the two countries. The insufficient quality of the railways has recently been tested by two events, firstly the flash floods in the Děčín region and the tragic train accident in Domažlice.

The only double-track and electrified line between the Czech Republic and Germany is in section Děčín – Bad Schandau. This proved to be a problem in mid-July when flash floods occurred in the region.

This blocked rail freight traffic between the two countries for several days. Around 200,000 tonnes of goods go to Germany every day, and more than 90 % of them go via  Děčín, according to the transport website.

Another option for crossing the border by rail is via Cheb and on to Bad Brambach or Schirding. However, the connection between Domažlice and Furth im Wald is also a crucial line.

However, the line on which the express trains between Prague and Munich run is also single-track and non-electrified. Recently, it became notorious for a tragic accident that cost the lives of three people in this section due to inadequate safety. None of the drivers survived the head-on collision, and one passenger also died.

The railway line from Plzeň via Domažlice to the state border with Germany should be double-tracked and electrified within eight years. “The modernization of the ‘Plzeň-Domažlice-state border’ line will take place at its full length (approx. 70 km). The set of works aims to increase the line speed by up to 140 km/h on the existing line sections and up to 200 km/h on the new double-track relocations, ” František Jemelka, spokesman for the transport ministry, told.

However, the Germans must also get to work. “For further steps in the Czech Republic, it is essential that the electrification and capacity increase of the Schwandorf – Furth im Wald section be carried out on the German side, thus building on the steps already underway in the project preparation in the Czech Republic in terms of the scope of the modifications.

It will also be necessary to add electrification at least on the Regensburg-Schwandorf section and on the Schwandorf-Nuremberg branch, where it is not yet in place on the entire section, ” the spokesman said.

Even though it is not a corridor line, this will enable faster and safer train travel from Prague via Pilsen to Munich. For example, 180 trains a day, more than three times from Prague to Dresden.

“The Germans knew about the poor condition of the line from the state border to Schwandorf. But the fact is that it is not a priority for them, not so many trains run on it, roughly 50 trains a day, ” added Transport Minister Karel Havlíček(ANO).

The travel map will change again

From January 2022, motorists will have to pass cyclists at a distance of half a meter 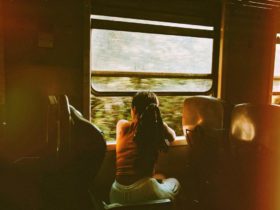 In Prague, considerable number of people switched to cars