Suppose President Miloš Zeman does not appoint any of the proposed ministers. In that case, Petr Fiala, the head of the upcoming government of the Czech Republic, will file a lawsuit against him at the Constitutional Court, according to Marian Jurečka, the leader of the People’s Party.

“There will be no choice but to file a lawsuit. This is what we discussed as chairmen of all parties if this absurd situation were to arise, “said Jurečka, who is the coalition’s candidate for minister of labor and social affairs. He noted that the President does not have the right to veto the prime minister’s proposal to appoint a minister and that such an action would violate the Constitution.

Zeman had announced before appointing ODS chief Petr Fiala as prime minister that he would veto a ministerial candidate, but he didn’t clarify which name he was referring to.

Most speculation, however, is that Jan Lipavský (Pirates), a candidate for the head of Czech diplomacy, which has been a frequent critic of the Castle’s foreign policy concerning China and Russia, could be the black sheep in the eyes of the President. He and Zeman also have different opinions on the issue of moving the Czech embassy in Israel from Tel Aviv to Jerusalem, which Zeman supports. Lipavský has not yet visited the President as part of his ongoing meetings with ministerial candidates. His turn is expected to come during the following week.

Constitutional lawyer Marek Antoš confirmed that filing a lawsuit is an option. “The Prime Minister could turn to the Constitutional Court to decide the dispute. He could claim that the President of the Czech Republic does not allow him to exercise his powers concerning the emerging government, “Antoš mentioned. 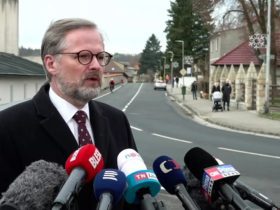 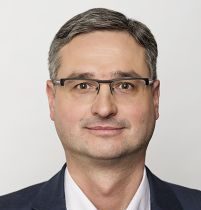