Today, the Parliamentary Commission for the Control of the Financial Analytical Office (FAO) will deal with the Pandora Papers scandal. It involves the outgoing Prime Minister Andrej Babiš (ANO), who, according to an international team of journalists, sent CZK 380 million through his offshore companies to purchase real estate on the French Riviera.

The commission wants to ask the director of the office, Libor Kazda, whether and how the institution handled the matter. Its chairman, František Vácha (TOP 09), points to published information, according to which the French side alerted the Financial Analysis Office to some suspicious activities.

The Prime Minister rejects the doubts surrounding the real estate purchase. He says he made a loan 12 years ago, which was taxed correctly, and followed the advice of a real estate agent in making the purchase. Information from the so-called Pandora Papers, which concern not only Babiš but also other Czechs, is also of interest to the police.

The Senate Commission for Oversight of the Provision of Public Funds has previously stated that Babiš’s actions show signs of criminal offenses, including fraud, said its chair Lukáš Wagenknecht (for the Pirates) after the meeting. 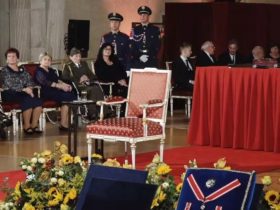