In Liberec, the cabin of the cable car to Ještěd fell down on Sunday afternoon. The fall killed the conductor, who was alone in the cabin going down. Firefighters and rescue workers intervened at the scene. Police officers are investigating the accident on suspicion of common endangerment.

According to police, the crash was reported around 1:30 pm. The cable car fell from a height of about 30 metres and was completely demolished. “The conductor who was traveling downwards in it sustained life-threatening injuries, and the doctor declared him dead,” Michael Georgiev, spokesman for the Liberec region’s ambulance service, said.

Firefighters evacuated 13 passengers and the conductor from the second cabin, which was left hanging on ropes at a height of about 15 metres after the first cabin collapsed. They apparently suffered no injuries, only shock, and are therefore under the care of psychologists. “We have psychologists on site who are working with passengers from the second cabin who are shaken by the event. Then we also treated one Czech Railways employee who had psychological difficulties,” Georgiev added.

The integrated rescue system regularly prepares rescuers for the possibility of a cable car crash, but in the more than 80-year history of its operation, no such intervention has been necessary. “Every year we train to evacuate people from the cable car, and the fall of the cable car was the subject of a large  exercise two years ago,” Georgiev said.

The cable car to Jested is one of the few cable cars in the Czech Republic that is of the pendl type, meaning there are only two cabins.It is a popular tourist attraction, owned by Czech Railways. Last year, the cable car took 211,000 people to the top. Two years ago, the electrical equipment was reconstructed and the repair was connected with the replacement of the driving and safety equipment. Last year, the cable car was out of operation for more than 100 days due to Covid-19 measures, but the reason for the interruption of operation was also technical problems. Due to technical problems, the cable car didn’t function this September too.

Police are investigating the tragic fall of the cable car to Ještěd in Liberec on suspicion of common endangerment  due to negligence, said regional police spokesman Vojtěch Robovský. They have appealed for any witnesses to the accident to call 158. Martin Drápal, a spokesman for the Railway Inspectorate, said the investigation into the causes would probably take months. It will be necessary to establish the technical condition of the railway and inspectors will also look into its documentation. 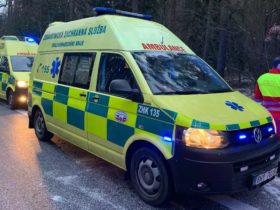 A man was injured while snowkiting in the Bruntál region 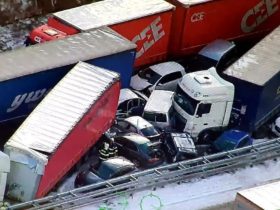 D5 mass accident: up to 40 cars collided, causing the highway to close completely 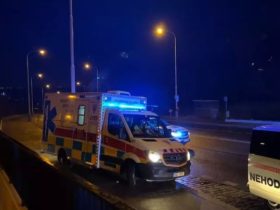 In Prague, a tram ran over a man lying on the tracks 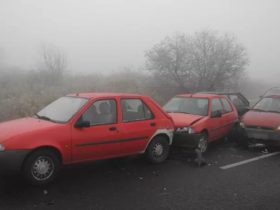 Ice hazards might occur in the afternoon, meteorologists warned