U.S. Secretary of State Antony Blinken expressed support for the Czech Republic in its diplomatic conflict with Russia, whose secret services are suspected of explosions in a Czech ammunition depot in Vrbetice, in his phone call with PM Andrej Babis today.

Babis reported that Blinken had assured him the Czech Republic can rely on U.S. support in the case of Russia’s hostile attacks.

“I was pleased to speak with Czech Prime Minister Andrej Babis today. I reiterated that the United States fully supports the Czech Republic’s strong and courageous response to Russia’s deadly and destabilizing actions on Czech territory,” Blinken tweeted.

The Czech Prime Minister also added that they discussed trade relations and the COVID-19 pandemic with Blinken.

A diplomatic rift between Prague and Moscow flared up on April 17 over the Czech secret services’ well-founded suspicion that the Russian GRU military secret service agents were behind the explosions in the ammunition depot in Vrbetice, south Moravia, in 2014.

Czechia expelled 18 Russian embassy workers and Moscow retaliated by expelling 20 workers of the Czech embassy in Moscow. In reaction to the Russian step, Prague decided later to even the number of the diplomats and other staff at the Russian embassy with the current numbers at the Czech embassy. Russia reacted announcing its switch to a strict parity between the embassies’ staff.

The Czech government also excluded the Russian Rosatom company from the tender for the construction of a new unit in the Dukovany nuclear power plant, south Moravia.

The U.S. Department of State today issued a statement, saying Blinken and Babis agreed on “the need for continued unity and resolve in response to destabilizing actions by Russia.”

“The Czech government’s decisions to exclude Rosatom from the Dukovany nuclear tender and dramatically reduce the Russian intelligence presence in Prague have increased the security of the Czech Republic and the NATO Alliance,” the statement reads.

Slovakia, Lithuania, Latvia and Estonia have expelled Russian diplomats as a gesture of solidarity with the Czech Republic. This week, Bulgaria also expelled a Russian diplomat as a persona not grata, since it suspected six Russians of four attacks on Bulgarian ammunition warehouses.

Like in Vrbetice, Bulgarian arms dealer Emilian Gebrev stored ammunition in the Bulgarian depots. The military materiel was designated for Ukraine and Georgia.

Washington expressed support for the Czech Republic via the U.S. ambassador to Prague immediately after the Vrbetice case erupted. 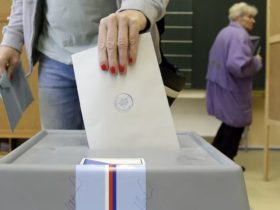 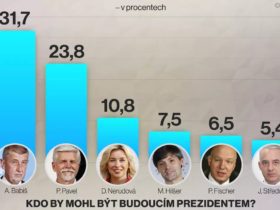 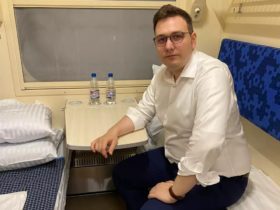