On Tuesday evening, Czech Prime Minister Petr Fiala (ODS) said that President Miloš Zeman had asked him to push for the establishment of an office for the Belarusian opposition. A year ago, Zeman promised the office to its leader, Sviatlana Tsikhanouskaya. The proposal already exists from the time of the former regime of Andrej Babiš (ANO). Still, the current leadership of the Foreign Ministry has not yet submitted it to the government.

“It was a friendly meeting, and I suggested to her whether the Belarusian opposition should have a liaison office in Prague because it would probably be a good thing,” the Czech president said.

Under the leadership of then Foreign Minister Jakub Kulhánek (ČSSD), two proposals were made at the Czernin Palace, which he handed over to his successor, Jan Lipavský (Pirates). It is not clear what was done with them.

Lithuania was the first to set up an office for the Belarusian opposition. The office deals with normal diplomatic work, such as legal assistance to Belarusians abroad, developing trade and economic contacts, and informing the international community about the situation in Belarus. 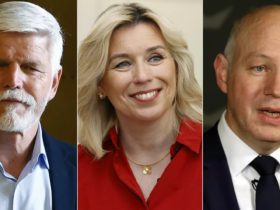 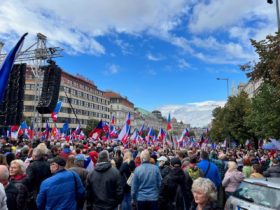