A car wrecking yard was on fire in Prague’s Dolní Měcholupy this morning. Twelve units of professional and volunteer firefighters were involved in the firefighting and managed to get the flames under control. Now they are only extinguishing the hidden outbreaks, Prague firefighters said on Twitter.

“We managed to bring the blaze under control, cooled the surrounding buildings, and brought out cylinders,” firefighters said shortly after 09:30. They estimated the material damage to be low.

The fire at the scrapyard in Ke Kablu Street was burning about 30 by 30 meters. Thick, dark smoke was visible from a distance. Firefighters had to intervene with breathing equipment. 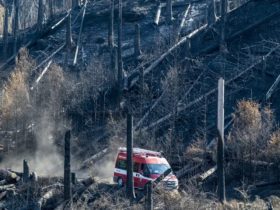 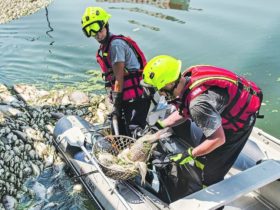