The Czech Prime Minister Andrej Babiš said on Tuesday that President Miloš Zeman informed him during a meeting on Sunday that he would entrust him with forming a government. Zeman has been hospitalized since Sunday. Babiš also said that the ODS chairman and leader of the Together coalition, Petr Fiala, had turned down his offer to negotiate a government.

“We won the election on the number of mandates. The president said he would entrust the leader of the party that wins the largest number of mandates with forming the government. And that’s us. We have 72 MPs, one more than the three parties grouped in the Together coalition. That is a fact, whether anyone likes it or not, ” Babiš added.

The Together coalition (ODS, TOP 09, and KDU-ČSL) won 71 seats in the parliamentary elections. Babiš’s ANO movement came second, but thanks to a new method of recounting votes, it has 72 seats, making it the strongest party in parliament.

Babiš further revealed that shortly after the elections, he approached Petr Fiala, the leader of ODS and the Together party’s candidate for prime minister, with an offer to negotiate a government. He claimed, however, that the proposal was rejected because the coalition was dealing among itself. He stated that he would no longer seek the position of Speaker of the House because the alliance refused to give the post to the ANO movement. 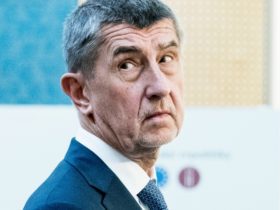