An unknown person chose a cruel way to get rid of a cat in the Českolipsko region. He tied the roughly three-year-old cat in a sack and put it on the road. Then he just waited for a car to run over the bag because he placed it just around a bend. This was so the driver wouldn’t have time to react. Although at least one car ran over the bag, the cat was fortunate to survive.

“So she twisted it so that she didn’t drive around it, but the bag passed under the car. Even so, we heard a thud. We pulled over and went to take a look. We assumed it was some mess and wanted at least to put it on the side of the road. But when I picked up the bag, I found something moving inside. I untangled the wire, and there was a cat inside. Fortunately, she was conscious, although covered in blood, “the police officer said. As the police officers continued on their way, they called the municipal officers from Doksy, who immediately took the injured animal to a vet.

Now the white cat with green eyes is fine and has recovered from his injuries. “His head was injured, two teeth were knocked out, and his nose was bleeding. He was very shocked. He is still terrified now, ” said Janka Hrušková, a vet from Doksy. Someone sentenced him to death. It’s incomprehensible. Hopefully, he will be lucky to find someone nicer now, ” the vet believes.”

The cat will go from the veterinary clinic to a shelter nearby Jestřebí, and several people are already interested in him. Police officers are now looking for witnesses to help them in their search for the culprit. “We are investigating the case with a reasonable suspicion of committing the crime of animal cruelty,” said Ivana Baláková, spokesperson for the Liberec Regional Police. 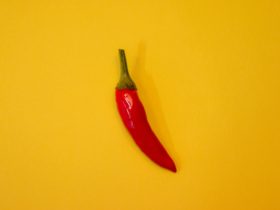