West Ham United has announced that the Czech billionaire, businessman and Sparta Prague owner, Daniel Křetínský has acquired a 27% stake through the 1890s Holdings investment group. He and his colleague Pavel Horský will also be members of the board of directors of the football club in the prestigious English Premier League.

“I am glad that this process has been completed,” the club website quotes Křetínský as saying. “I am a football enthusiast, I immensely appreciate and respect the exceptional history and tradition of West Ham United. The same goes for its loyal and passionate fans and also for the highly inspirational role the club plays in its numerous programs. “

The Czech businessman has completed his purchase of a 27% stake in a deal worth about 214 million USD, which makes him the second-largest shareholder in the football club. West Ham currently has three Czech football players in their squad, Tomáš Souček, Vladimir Coufal, and Alex Král.

Sparta Prague’s co-owner was in London at the weekend to watch the game against Liverpool. In the box of honor, he watched his new club sensationally beat the favorites 3-2. “When I was at the London Stadium and saw what the team under David Moyes was doing, I realized that it was an amazing time to become part of the West Ham family. “I am honored to now have the opportunity to help a great, proud club with a tremendous tradition,” he commented.

Křetínský stated that he doesn’t believe his involvement with West Ham will cause a problem for Sparta Prague. “My personal goal is to help set up the cooperation between AC Sparta Prague and West Ham United in a way that benefits both clubs, of course, within the rules that are set by UEFA. “West Ham could become a gateway to the Premier League for players from our region.”

West Ham is another of Křetínský’s investments in the British Isles. He has the largest ownership stake in the local Royal Mail and is a shareholder in the Sainsbury’s supermarket chain. He has also made billions of crowns from investments in the American companies Macy’s and Foot Locker, and is also an important media player.

In September this year, he bought around 5% of shares in the French TV channel TF1, owns the local Marianne magazine through Czech Media Invest and seven other titles from the Lagardere group, such as the prestigious Elle magazine and he is also a shareholder in the daily Le Monde. He is a co-owner of the Czech News Center, which publishes, for example, the daily Blesk or Sport, as well as the Czech Radio Center, which includes Europe 2 and Frekvence 1.

His main source of income, however, is the EPH, which brings together energy companies in the Czech Republic, Great Britain, Ireland, Poland, France and Italy. EPH is one of the largest companies in Europe in its category. Since 2004, Křetínský, whose fortune has been estimated by Forbes magazine at CZK 87.8 billion, has co-owned Prague’s Sparta with the J&T group. 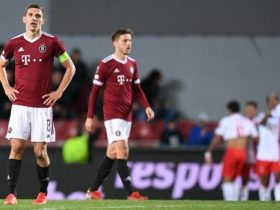